Editor's note: Source material for this article was provided by David J. Wagner. If you have questions or comments regarding the article's text and images, please contact Dr. Wagner at davidjwagnerllc@yahoo.com or by phone: (414) 221-6878

The Art of Robert Bateman

The Art of Robert Bateman debuted in Canada on September 1, 2007 at the The McMichael Canadian Art Collection and in the United States on November 24, 2007 at The Joslyn Art Museum in Omaha. The exhibit then traveled to Denver, Jackson Hole, and San Diego. The exhibition was extended for display from May 2 - August 4, 2009 at the Whyte Museum of the Canadian Rockies in Banff, AB, and extended there yet again to September 7 to accommodate tourists for the entire summer. Serving as Curator/Tour Director is Dr. David J. Wagner, a noted author/curator/lecturer on the subject of American wildlife art: american-wildlife-art.com.

Though ostensibly known as a wildlife painter, and recognized by peers world-wide as the most influential one of all time, Robert Bateman is an artist whose oeuvre encompasses other subjects ranging from architecture, the human figure, land- and waterscapes, modes of transportation, still lives, and portraiture; and other media including original prints, jewelry, and sculpture. Consequently, The Art of Robert Bateman has been conceptualized and designed to exemplify the breadth and depth and versatility of Robert Bateman and his artistic output.

Robert Bateman was born in Toronto in 1930. Bateman's introduction to the link between art and natural history occurred early. At the age eight his mother enrolled him in the Junior Field Naturalists Club at Toronto's Royal Ontario Museum, where he learned to make field sketches under the instruction of watercolorist Terence Shortt (1911-1986). As a high school student, Bateman spent summers working in Algonquin Provincial Park. This experience enabled him to observe animals in the wild, and sketch and paint landscapes in the park just like members of Canada's famous "Group of Seven" had years before.

After high school, Bateman majored in geography at the University of Toronto. There, he also enrolled in extracurricular art classes. After graduating, he pursued both interests by touring throughout Europe in 1954, and throughout Africa and Australia with friends in a beat-up Land Rover in 1957-58. Between tours, Bateman earned a living teaching geography at Thornhill High School in Thornhill, Ontario, and in Nigeria, through Canada's External Aide Program. An extension of his formal education, these experiences not only widened Bateman's world view, but also served as a metaphor for his search for an artistic identity.

From age 24 to 34, Bateman set aside the lessons he had learned from Terry Shortt and the influence of Canada's Group of Seven, to struggle with other idioms of artistic expression. This resulted in a body of "modernist" work which Bateman himself characterized as eclectic and trendy.

An end to his search for an artistic identity came in 1963 when, after attending a retrospective exhibition of the work of Andrew Wyeth (b. 1917) at the Albright-Knox Art Gallery in Buffalo, New York, Bateman rediscovered the possibilities of representational painting, so much maligned by the artworld in the 1940's, '50's, and '60's. Since then, Robert Bateman, and the artworld, have never been the same. As one critic observed,

" . . . Bateman explores a territory far outside the normal boundaries of 'wildlife art' and convinces us that his natural landscapes, tense and intricate with life, correspond to something in the artist's spirit. And, perhaps, in ours."

The Art of Robert Bateman contained over 50 signature artworks, including oils and acrylics, bronze sculpture, works on paper, plus the artist's personal sketchbooks, books, and videos. The Tour Itinerary was as follows:

The following except from the book, American Wildlife Art (american-wildlfe-art.com), is published with the permission of its author, David J. Wagner:

" . . . Taking advantage of the opportunity that his commercial success afforded him, Robert Bateman pushed the limits of wildlife art by creating a controversial painting that contrasted old-growth and clear-cut forest imagery in a style that foreshadowed a new stylistic movement in wildlife art known as postmodernism. The first in what Bateman called his "environmental series," Carmanah Contrasts grew out of a collective effort by artists who gathered on Vancouver Island in British Columbia in 1989 to document the clear cutting of Carmanah Forest, an old-growth area. They agreed to collectively publish their work and create awareness and resistance.

Bateman's painting, Carmanah Contrasts, consisted of contrasting images in contrasting styles layered in meaning. On one level, Carmanah Contrasts portrays imagery representationally; at another, it overlays traditional representational style with an abstract style known as color-field painting, which had its roots in the 1960s in the part of the abstract art movement known as minimalism. As its names suggests, color-field painting consists of large fields or blocks of color. As such, it was conceived to focus the attention of viewers on art elements and principles purely for their own sake.

Although color-field painting does not typically contain representational imagery, Bateman layered representational images onto corresponding fields of color in Carmanah Contrasts. The upper field, which comprises a third of the canvas, is painted in a hue of green and contains lush, rain-forest imagery replete with life. The lower field, comprising two-thirds of the canvas, is littered with gray and sterile, hardened stumps and clear-cut debris devoid of the beauty of life. Ideologically, Carmanah Contrasts is a condemnation of unethical forestry. Aesthetically, Carmanah Contrasts is a combination of traditional and modernistic styles, an artistic statement of its own time that demonstrates Bateman's prowess as a visionary artist willing to take risks, in this case, risks that foreshadowed the next big movement in wildlife art -- postmodernism.

Bateman continued his "environmental" foray with other brave and powerful paintings, notably, in 1993, with Self-portrait with Big Machine and Ancient Sitka, and Driftnet, a painting reminiscent of Vulture and Wildebeest in terms of its brutal reality, that exposes the grim realities of commercial fishing. For maximum impact, Bateman overlaid the painting with actual non-biodegradable commercial fishing netting, net that could entangle, cut, and kill unintended victims with ease.

Because Robert Bateman distinguished himself by pushing the limits of wildlife art imagery beyond natural history and sport and because his images were symbiotically and intelligently connected with new [environmental] ideologies, enterprises, processes, thoughts, and behaviors, he and his art are important in wildlife art history. His stature can be seen in the "Bateman school" of artists who have emulated his work and flourished themselves and in the high regard in which he is held by his peers, collectors, and the wildlife art world.

Of American Wildlife Art Robert Bateman has said, "It is incredibly well researched and very informative. This volume will stand as the definitive work on the subject for years to come, perhaps forever David Wagner is the number one intellectual in wildlife art certainly in America, maybe in the world." 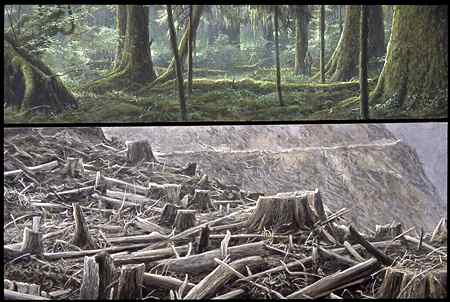 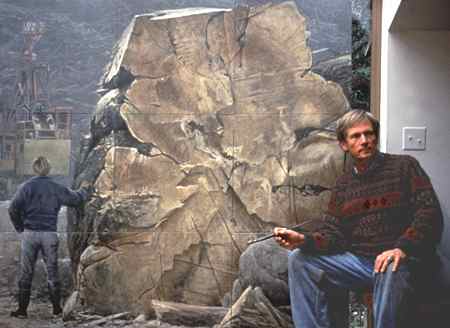 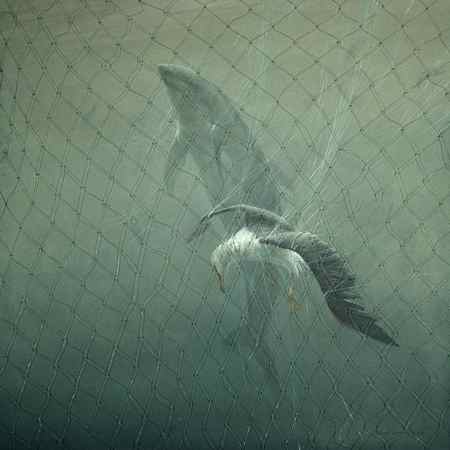 This article was published 3/17/16 in Resource Library.

Links to sources of information outside of our web site are provided only as referrals for your further consideration. Please use due diligence in judging the quality of information contained in these and all other web sites. Information from linked sources may be inaccurate or out of date. TFAO neither recommends or endorses these referenced organizations. Although TFAO includes links to other web sites, it takes no responsibility for the content or information contained on those other sites, nor exerts any editorial or other control over them. For more information on evaluating web pages see TFAO's General Resources section in Online Resources for Collectors and Students of Art History.